For the past two days, I have been glued to the tv watching the eloquent remembrances of Senator John McCain’s life. It dawned on me that I should share with my SAVE International colleagues what the Senator meant to all of us in the world of Value Engineering (VE).

In the 1970s, Hal Tufty and Rudy Kempter, two impassioned value specialists, started making the rounds of Capital Hill to educate members of the U.S. Congress and advocate for VE. Senator Jennings Randolph (W-Va) suggested that they hold Congressional Education Receptions for Senators, House Representatives and their staffs, which the SAVE National Capital Chapter did bi-annually into the early 2000s. Hal Tufty tapped me many years ago to help with his government liaison activities since I lived in the DC area and, like him, had worked on Capital Hill. We were often in the Senate’s Armed Services Committee offices telling VE’s many wonderful stories.

In the late 1980s, the U.S. Office of Management & Budget issued Circular No. A-131, Value Engineering. In the early 1990s, SAVE was honored to appear before a House committee to discuss VE and its benefits to every Federal department and agency. In the mid-1990s, in concert with our Congressional Education Reception, the SAVE National Capital Chapter sponsored a VE Day on the Hill during which more than 100 SAVE members from across the U.S. came to Washington, DC and met with their members of Congress, practicing three of our missions – Promote, Advocate and Educate.

And then in 1996, to everyone’s surprise, VE became law as part of the Defense Authorization Act!

It took me until just a couple of years ago to track down our sponsors.

On a visit as SAVE’s Executive Vice President and with our former government advisor, Rob Burton, Rob and I learned from Senator McCain’s Chief-of-Staff that Senators McCain and Carl Levin (a Republican and a Democrat) had agreed that VE – “like motherhood and apple pie” – deserved formal recognition as law!

Over the years, Senator Levin sponsored our Congressional Education Receptions; and Senator McCain wrote to OMB to question the status of the VE circular’s renewal, 17 years in the waiting.

Our thanks to Senator John McCain and Senator Carl Levin and their Chiefs-of-Staff for their trust and belief in this methodology and the U.S. Government’s need for its practice. 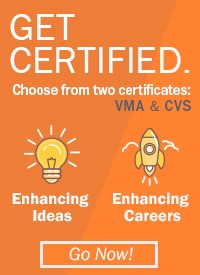